Stunning spot to escape the world 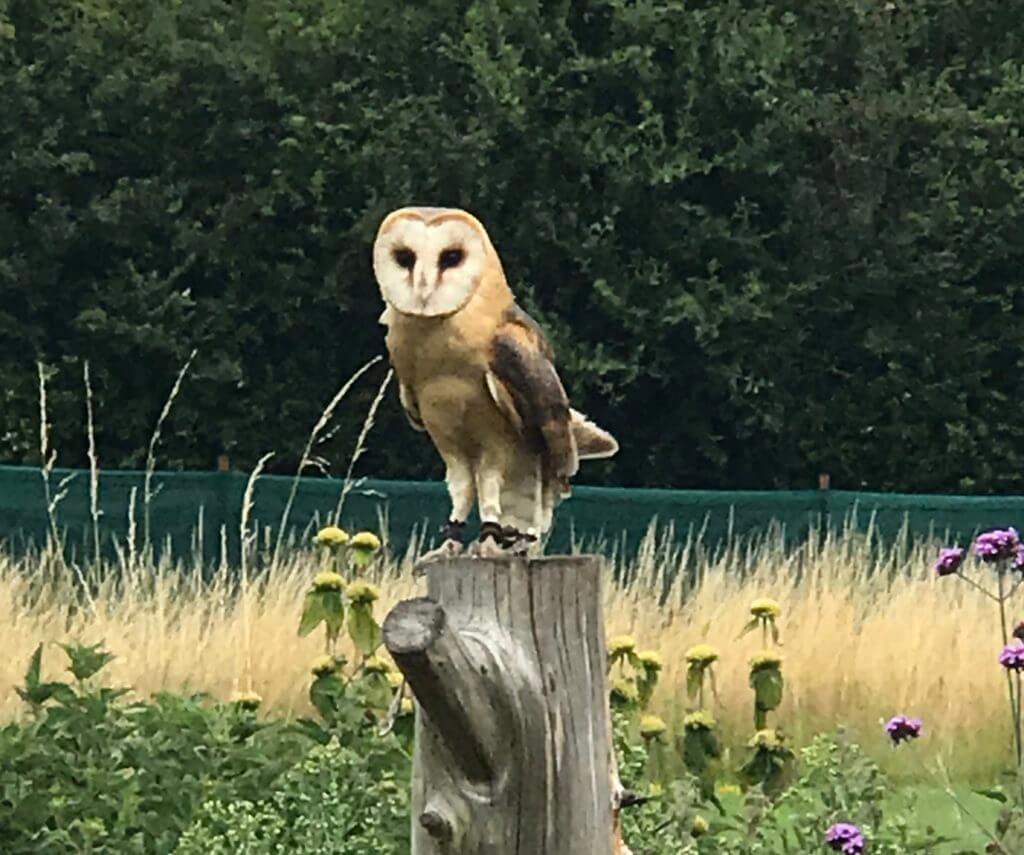 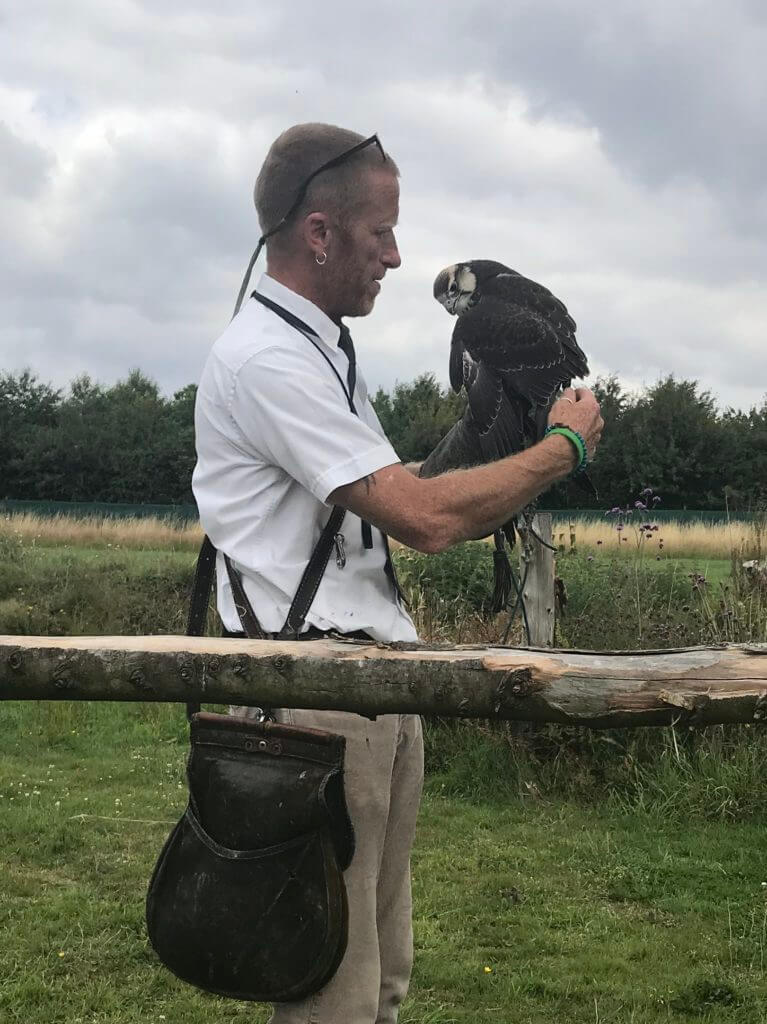 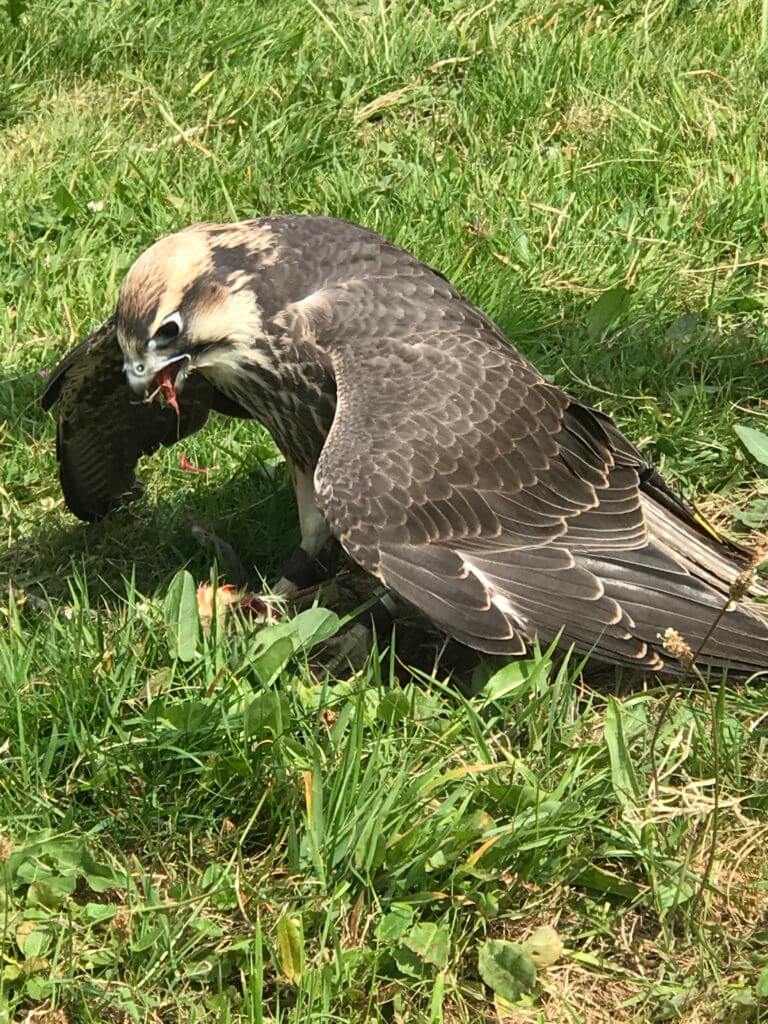 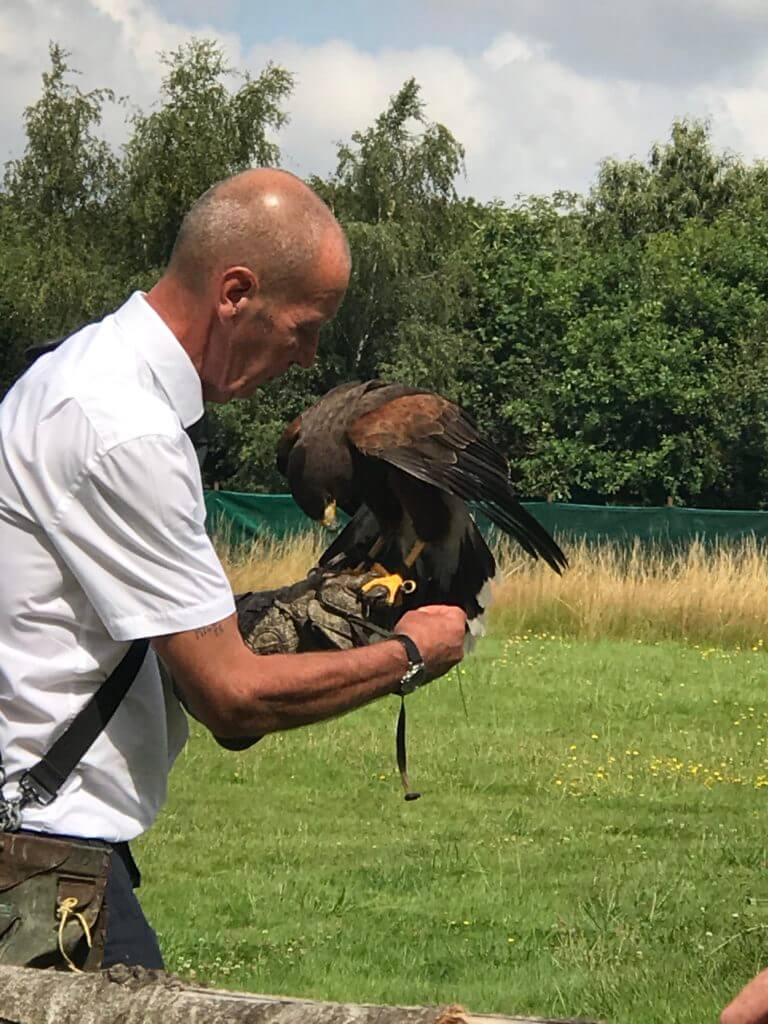 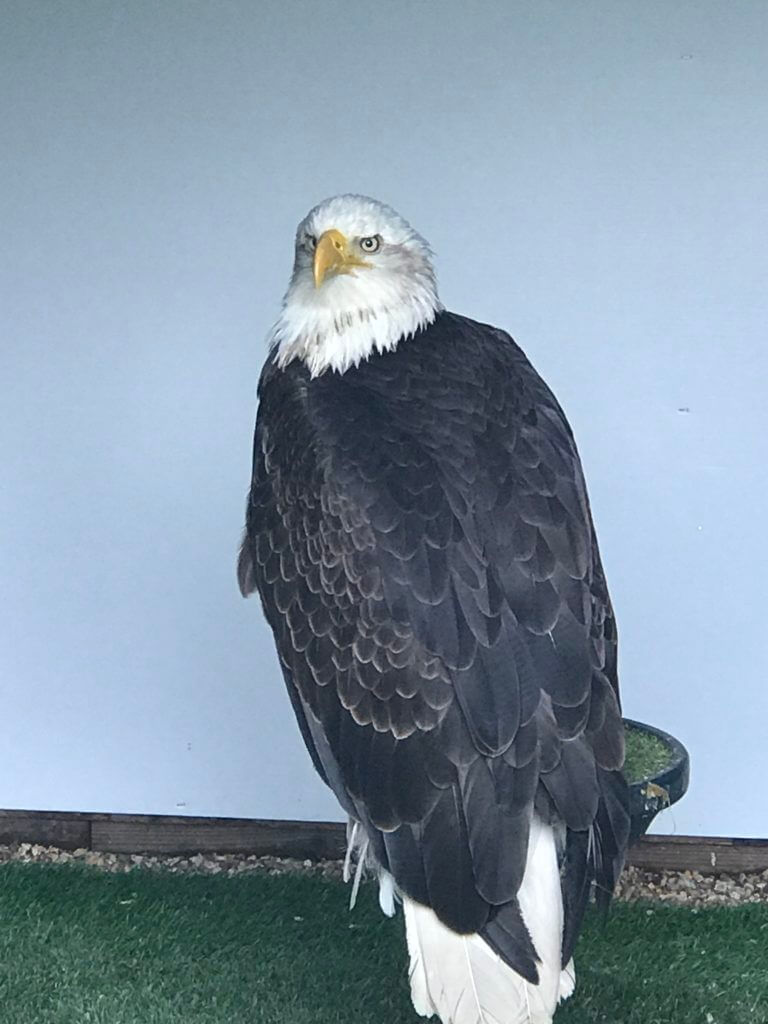 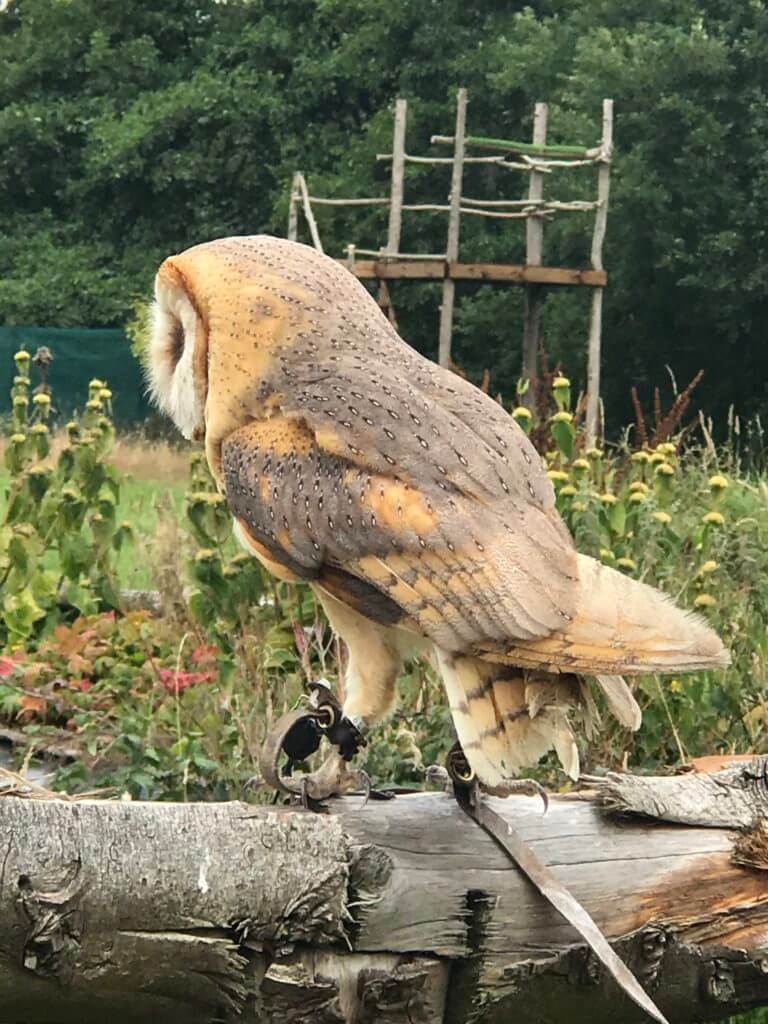 This is a new attraction close to historic Dorchester. Though the attraction itself is new, the owners are very experienced and knowledgeable falconers.

As we arrived, their 11am falconry display was about to start so we headed straight to the field where the birds are flown. Along the way, we walked past where their eagles are kept and were struck by the size of these impressive birds. The line up of  7 different birds included the American bald eagle and ended with a massive vulture.

We all found the falconry display fascinating and informative. Seeing these beautiful birds taking their turn flying extremely close and at the same time learning a little about the different ways each bird would behave was transfixing.

As an animal lover, it is lovely to listen to someone who truly understands and can relate to the creatures they work with. The owner, Martin Ballam, flew several birds, some were old timers that knew exactly what to do, whilst a couple were very young and you could see how experienced Martin was, both informing us about the stages the bird was in in its training whilst simultaneously keeping an eye on and coaxing a very green young bird to try something new. His handling of these birds was very quiet, and you could see the connection he had with them. He also was humorous and light hearted.

After the display we took a look at the many birds they had at the centre. For us it was the owls we fell in love with, but a huge range of different birds of prey were housed there.

As we drove away we were already talking about visiting again. 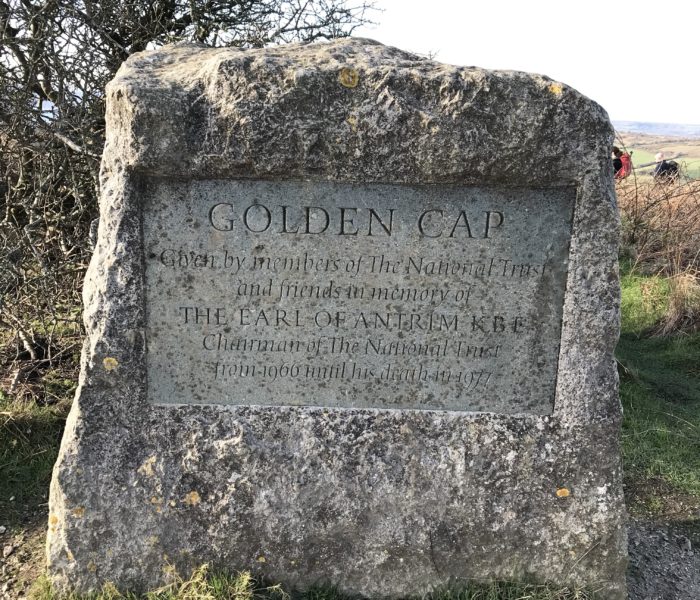 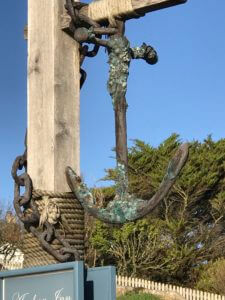 Pub The Anchor Inn at Seatown

This is a popular walk, and it is not hard to see why. It starts from the National Trust car park between Morcombelake and Seatown in the midst of a beautiful hilltop woodland. From here the walk is a relatively gentle slope to the top of Golden Cap.

However, if you leave the carpark and head towards Golden Cap there is the option to take the left towards Seatown. It is worth the diversion. In Seatown is the multi award winning Anchor Inn. It stocks the local brew from Palmers and serves great pub food. Highly recommended.

This is virtually at the shore line, so from here the only way is up. Golden Cap is the highest point on the south coast, so expect a climb. 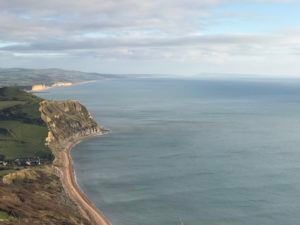 However with this climb comes a great view. From the highest point you can see all the way to the isle of Portland to the eat, and around past Lyme Regis to the west. It is a great walk if you want a little bit of a stretch, and blow the cobwebs away, plus some superb local food!

There are many great events that go on in Dorset.  From regattas to food fairs.  For art lovers, one of the highlights has to be Dorset Art Weeks.

It is one of the largest Open Studio events in the country. It often allows visitors to meet the artists  in their own studios.  With the artists, designers or makers on-hand you can  engage with their work on a deeper level, and learn about the extraordinary range of materials, skills and traditions that inform their work.

As well as the myriad of wonderful artists and designers taking part there are events that allow you to see everything from the excitement of red hot raku pots lifted from the kiln and placed onto sawdust that instantaneously combusts into an inferno of flames to getting life drawing lessons from a professional. 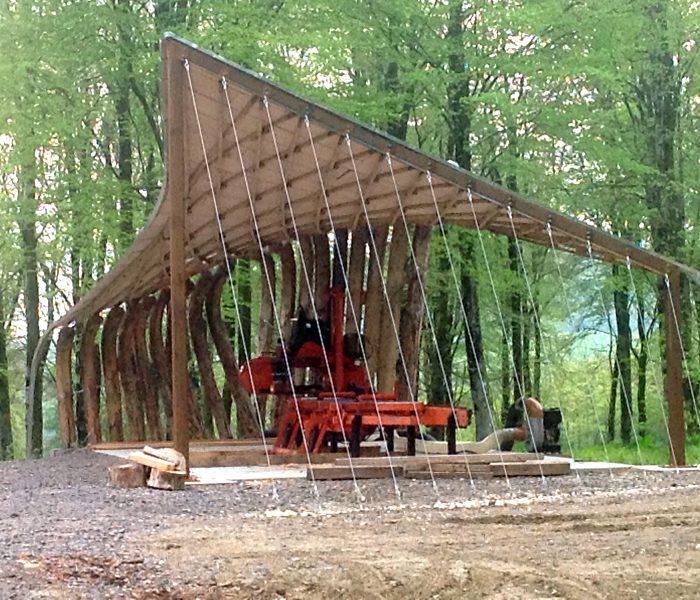 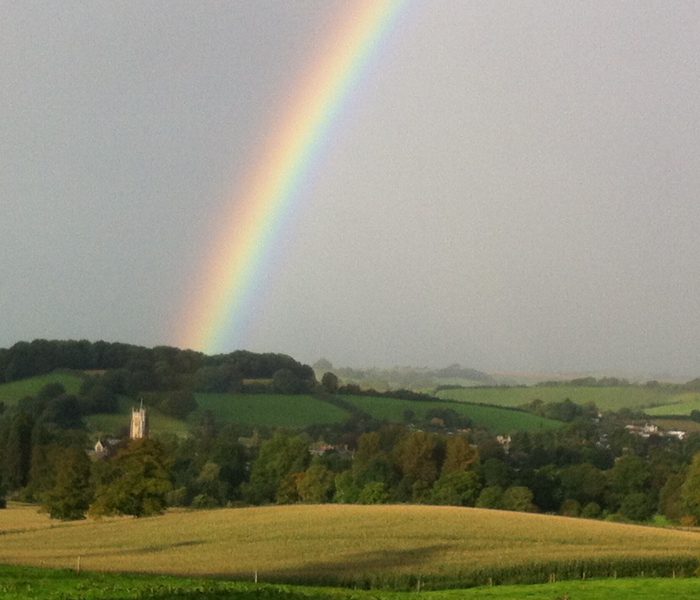 We love our little corner of West Dorset, it’s buzzing with life, has a rich history and stunning countryside – in short, it has so much to offer visitors to Dorset.

Our shepherd’s huts are high in the hills above the picturesque market town of Beaminster (pronounced bem-minster). Beaminster is nestled in a bowl shaped valley surrounded by hills where ancient trackways and burial mounds suggest human activity has taken place here for over 3000 years.

The recorded history of Beaminster dates back to around the 7th century (where it was called “Bebyngminster”). By the Domesday Book of 1086 it had changed to “Betminster” and was recorded as being owned by the Bishop of Salisbury and described as “very large” with 78 households.

Beaminster prosperity and growth came from the wool cloth trade and the manufacture of sailcloth and rope from locally grown hemp and flax (this was a key industry in this part of Dorset and nearby Bridport has many long buildings specifically designed for the manufacture of rope).  In 1284 it was granted a charter for a market once a week and a three-day fair in September.

In 1644 the town had a major set-back. During the Civil War the town was strongly Parliamentarian, and Royalist forces plundered Beaminster causing a devastating fire in a thatched roof that spread and destroyed three quarters of the town’s buildings. 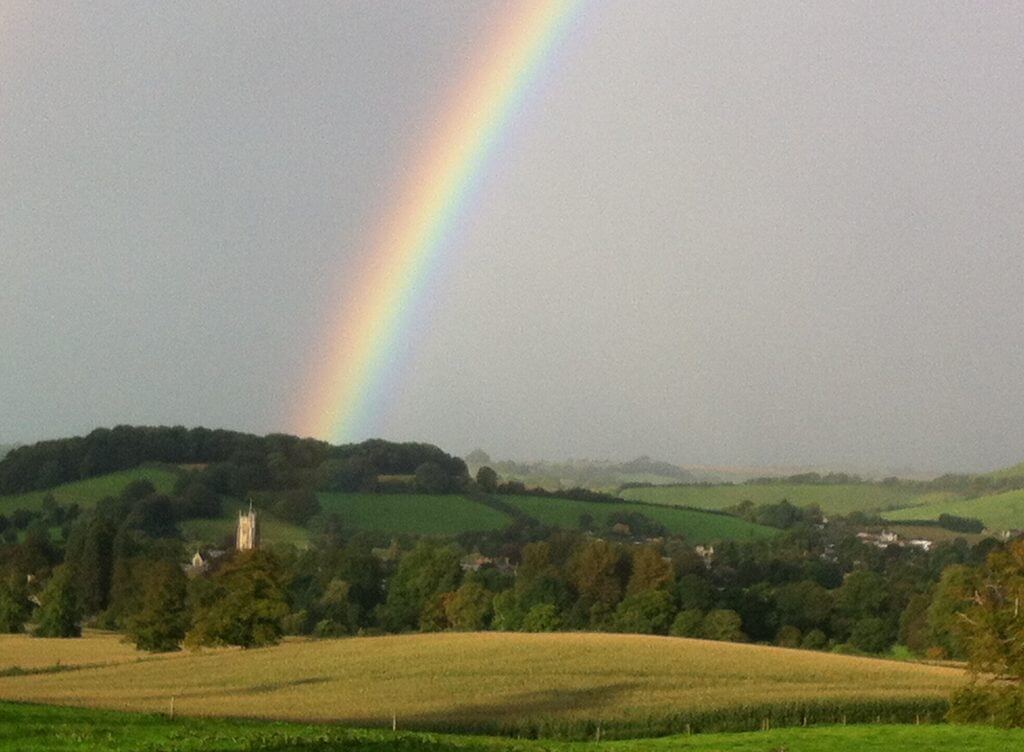 Surrounded by some of the highest hills in Dorset – this area provides some of the finest views to be found anywhere.

Today, the square is an attractive mix of late-18th and early 19th century buildings with the Robinson Memorial, known as “Julia”, in the centre (a covered cross erected in 1906 by Vincent Robinson of Parnham House in memory of his sister). There are some fantastic independent shops, and lovely places to eat (whether a quick lunch or a special dinner out). Looking back at historical photographs, the centre of Beaminster has changed very little in the last hundred years. Then, as now, shops were mainly located in the Square and in Hogshill Street and many of the buildings have hardly altered.

The parish church of St Mary is one of the earliest buildings in Beaminster and is worth a visit. Built on the site of an earlier Norman church it has a 100-foot tower, erected in about 1500, which is one of the highest in Dorset.  The eastern end of the church has elements from of an earlier 13th-century building, and the font is 12th century. One of the carvings on the west face is a man with a fuller’s bat and mill used in the flax trade – a link to the town’s heritage.

Travelling from Mosterton you go through Beaminster Tunnel – which was opened in 1832 to create a new north-south route for access by carriages – and is today the only pre-railway road tunnel still in everyday use.

Beyond the bricks and mortar Beaminster is immortalised in Thomas Hardy’s Tess of the D’Urbervilles, where it is called Emminster.

It is well worth visiting Beaminster during the wonderful Beaminster Festival. It happens each year and includes a wide range of wonderful arts performances, exhibitions and plays.